TRUMP/REPUBLICANS CATCHING ON BUT SLOWLY

COURTS GIVEN CHANCE TO ADDRESS FAKE NEWS AND FAKE JUSTICE 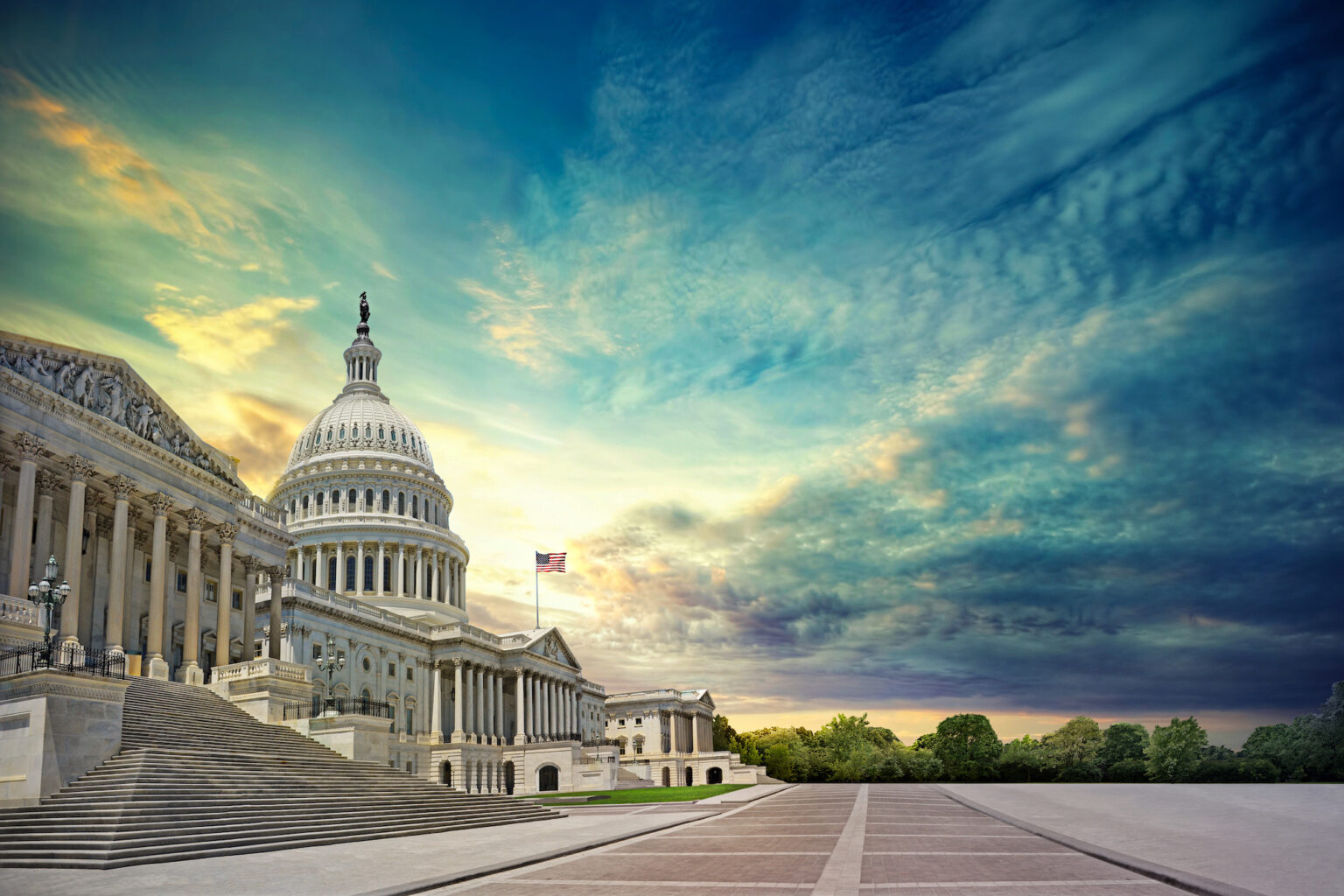 Don Blankenship’s attorneys have filed their response to a government motion which opposed Blankenship’s original motion that his misdemeanor conviction be invalidated. The government’s motion was filed November 16th. Blankenship’s motion, filed Friday November 30th, once again asks the court to invalidate his misdemeanor conviction on the basis that it was obtained through prosecution misconduct. Misconduct which the government has admitted to in the past and which they again admitted to in their most recent filing.

Key points made in Blankenship’s November 30th, filing are:

1). The government intentionally and admittedly withheld sixty-one Memorandums of Investigation reports (MOIs) and thousands of pages of emails and documents many of which contained evidence favorable to Blankenship’s defense. This is what the government commonly calls a “Brady” violation.

2). Blankenship’s motion (here in paraphrased words) states that the United States Department of Justice’s (DOJ) own Office of Professional Responsibility (OPR) has said that “no reasonable attorney could withhold that many MOIs and meet the disclosure requirements clearly owed to the (Blankenship) defense”.

4). Blankenship’s motion points out that MSHA secretly disciplined its own employees for improperly approving the Upper Big Branch (UBB) ventilation plan. MSHA then withheld the paperwork documenting this discipline, i.e. paperwork that was placed into these employees’ files. The prior DOJ filing claimed these documents were not relevant to Blankenship’s defense even though Blankenship and the government’s own prosecution witnesses have said this very ventilation plan caused many of UBB’s safety violations and may have caused the explosion.

5). Blankenship’s motion points out that Booth Goodwin’s intentional withholding of information in order to achieve a conviction of Blankenship was likely for the purpose of launching his political campaign for West Virginia Governor. A campaign which was launched immediately after Blankenship’s false conviction.

6). Blankenship’s motion points out, that the DOJ argument that the guilty verdict on the misdemeanor charge would not have changed had they complied with their requirements, is an obviously invalid argument because no one knows what was destroyed at the MSHA “shredding party” nor how Jurors would have felt about the governments other withheld and altered documents.

7). The government’s prior filing irrationally argued that withheld MSHA documents were not relevant to Blankenship’s defense because the MSHA emails were not from DOJ employees and “this matter was not brought by MSHA”. Blankenship says this is simply a nonsensical position for the government to take.

8). The prior government filing said that Blankenship claims MSHA destroyed documents. Blankenship’s filing corrects this by pointing out he does not claim this but rather it was MSHA’s own employees who claimed documents were destroyed.

9). Blankenship’s filing also points out that the government claims that he himself could have found out what DOJ improperly withheld and what MSHA destroyed. Blankenship says that what he could have done does not excuse the DOJ from not doing what they by law are required to do. In short, there is no excuse for prosecution misconduct when an American’s freedom is on the line and it is not the defendant’s responsibility to uncover evidence the government has covered up or destroyed.

10). Blankenship’s motion provides multiple facts evidencing that Steve Ruby was untruthful both in statements he made to the Judge and to OPR. Among Ruby’s untruths was that he told the Judge at trial that all evidence favorable to the defense, i.e. MOIs etc, had been turned over to the defense—this was clearly not true. Ruby also told OPR that he did not know before trial that MSHA employees were claiming that MSHA’s UBB documents had been destroyed. However, subsequent to the OPR investigation Blankenship’s attorneys discovered that Ruby did in fact know of the MSHA employees claims and he decided not to investigate the matter.

11). Blankenship’s motion makes the statement that Goodwin and Ruby clearly do not like defendants who aggressively defend themselves. In short, if a defendant aggressively defends themselves, Goodwin and Ruby will cheat in order to convict them. Ruby claims Goodwin ordered him not to turn over MOIs because he was angry at Blankenship’s attorneys.

12). Blankenship’s motion makes a mockery of a claim that Ruby made to OPR and that OPR somewhat agreed with. The claim was that Blankenship had so many resources with which to defend himself that the United States government was out resourced. Essentially Ruby claimed Blankenship had unlimited resources and the government’s resources were limited, hence he implies that this somehow justified his misconduct. Blankenship commented that he is flattered that Ruby believes his defense team was better funded than the United States government but at the same time he is not amused by such lies.

13). Blankenship’s motion points out to the Judge that OPR said in its investigation report of Goodwin and Ruby’s misconduct that if these two guys were still at DOJ they would recommend that “whatever appropriate action was necessary be taken to prevent their misconduct from being repeated”. Blankenship’s motion asks the Judge to invalidate the case in order to support this OPR goal. Blankenship stated that by invalidating his misdemeanor conviction the Federal Judge can support OPR’s objective and make clear that Brady violations will not be tolerated and must not be repeated in West Virginia federal court.

14). Blankenship’s motion also points out that Steve Ruby, who clearly lies and is guilty of misconduct, has done work for Joe Manchin in defense of Manchin’s multi-million dollar hotel deal gone bad. Ruby has also represented impeached West Virginia Supreme Court Justice Margaret Workman who oversaw the decision to deny Blankenship access to the ballot for the position of West Virginia United States Senator. Blankenship says it is clear to him and to any fair minded person that politics in West Virginia controls the court systems.

Blankenship expressed concern that the current Judge, who will decide whether to invalidate Blankenship’s misdemeanor conviction, also has ties to Joe Manchin. Manchin, when he was West Virginia Governor, once appointed the Judge who is now presiding over the Blankenship case, to a Judgeship in Southern West Virginia. It seems there is no end to the political connections that have kept the UBB truth hidden and that falsely convicted the man who did more to improve coal mine safety than anyone over the past thirty-five years. However, Blankenship added that thus far he has not seen any apparent bias in the Judges decisions related to the matter of invalidating the conviction.

Blankenship also said West Virginians should not forget that Senator Manchin demanded that Booth Goodwin indict him while nearly simultaneously saying he did not know the facts. Former Senator Jay Rockefeller, said Blankenship did not deserve a fair trial. These types of political shenanigans have no place in any governments criminal justice system.

Blankenship hopes to continue exposing the political corruption that has made a mockery of the so-called United States “system of justice”. Corruption that has also prevented the public from knowing the UBB truths.

TRUMP/REPUBLICANS CATCHING ON BUT SLOWLY

COURTS GIVEN CHANCE TO ADDRESS FAKE NEWS AND FAKE JUSTICE